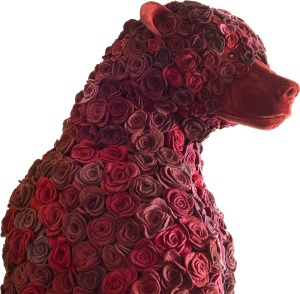 This weekend is a big one for the visual arts in Calgary.

There are lots of things going on.

Three big things are happening – 1.) the beginning of Exposure (the month of photography); 2.) the catalogue launch for the Calgary Biennial; and, 3.) the Mass MoCA originated travelling show “Oh, Canada” will also launch.

It is the third item that I want to talk about today.

In 2012, the Massachusetts Museum of Contemporary Art (Mass MoCA) hosted what was probably the largest exhibition of contemporary art held outside of the country’s borders in a show called “Oh, Canada.” 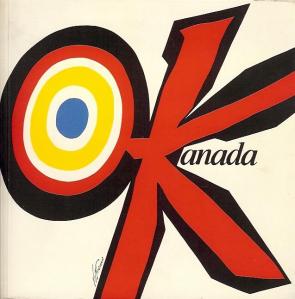 Of course in this context, those with a long enough view on major exhibitions of contemporary Canadian art will find it rather intriguing to know that in 1982 there was a similarly ambitious, very large survey exhibition held at the Akademie der Kunst, Berlin, Germany. Ironically, it also was called “O’Kanada”. Somewhere in cold storage, I have a large 500 page doorstopper of a catalogue produced for that show. The big difference between the two exhibitions is that the German show discussed a much broader “cultural” context for the arts in Canada, than it would appear that this one does. The 1982 show talked about many things such as dance, theatre, music, architecture and of course the visual arts; whereas the Mass MoCA show has focused on the visual arts.

Regardless, this is probably the largest single visual art exhibition to be held in the city – ever.

That makes it, kind of a big deal.

Of course, any show that is this ambitious and of this nature, should have controversy and/or criticism.

This is as it should be.

If there is none, the show is probably forgettable.

As expected, there will always be the usual questions of why one artist was included, and another not. It is the nature of this type of large survey exhibition. Someone who should be included, almost always gets missed. Because of that, these type of comments are standard fair and are hardly worth mentioning.

However, a statement I have recently read, is a variation on this theme. I only mention it (and it is certainly not a criticism), because it brings into focus why these type of shows are important. They are important if for no other reason, than to get people talking.

This statement came from a person that I know who expressed a concern that this show was curated by,

and (she was) not really . . . immersed in the subtleties of our unique cultural identity over decades. . .

(and is) without (full) understanding (of) the nuances of our particular art scene . . .”

It is a comment that on a certain level has an element of validity as most criticisms do.

In response to this I wanted to revisit comments made by the Canadian historian Ramsay Cook (not to be confused with Gordon Ramsay, the cook).

Ramsay Cook, the eminent retired professor of history at York University and general editor of the Dictionary of Canadian Biography had a research interest in Nationalism. As an extension of this he also talked about Regionalism, Canadian Identity, Pluralism and Patriotism.

Together these topics seem to be of interest to current affairs and the person’s comment which were made above. This especially is the case when we consider that as a country we recently celebrated the 200th anniversary of the War of 1812; the 100th anniversary of beginning of WWI; and soon we will celebrate the 150th anniversary of Canadian Confederation.

These big round number events help define our collective Canadian identity, or in the words of Ramsay Cook the “contemplation of the Canadian navel”. How we react (in part) to these events, will help define how we view ourselves; and how others view us as a collective society.

As a result this is a timely exhibition as we start gearing up for the next big round number event – the sesquicentennial in 2017.

Shortly after the other really big round number event (the 100th anniversary of Confederation in 1967) the University of Toronto Press published Ramsay Cook’s book entitled, The Maple Leaf Forever: Essays on Nationalism and Politics in Canada in 1971. One of the essays included in this publication was entitled “Nationalism in Canada” where Cook argued, “that Canada is far from a homogeneous country. Nationalism by nature tends strongly to centralism and uniformity: Canada is by nature federal, sectional and pluralist”.

In this exhibition we will see that Ramsay Cook’s statement is still valid and true.

All four venues that are collectively hosting the Oh, Canada exhibition (Glenbow Museum, Esker Foundation, Illingworth Kerr Gallery at ACAD, and Nickle Galleries at the U of C) will be opening tomorrow (Saturday, January 31, 2015).

I understand that there will be an Oh, Canada bus which will transport people to each of the venues, starting at the Nickle Galleries at the University of Calgary.

There will be a large amount of things happening in conjunction with this show and the Glenbow has created a micro-website which is dedicated to this exhibition. In this website, one will find a large amount of information about special events that will occur during the course of the show, both at the participating institutions and elsewhere.

I look forward to seeing the show.